An owner can invite someone to be a contributor to their desktop. The owner still owns and controls that desktop, they are just granting the privilege to someone else of being able to add, edit, and organize content on the owner's desktop. An owner can have as many contributors as they would like.

To become a contributor, you must already be a follower of this desktop. 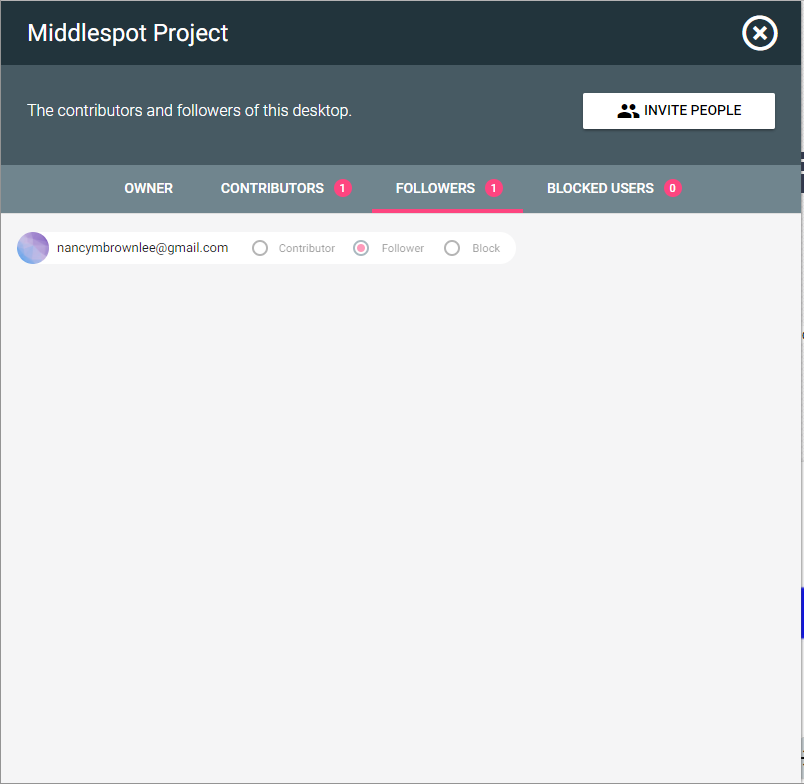 The owner can then tap the Contributor radio button in the followers name. It will automatically move them to become a contributor. 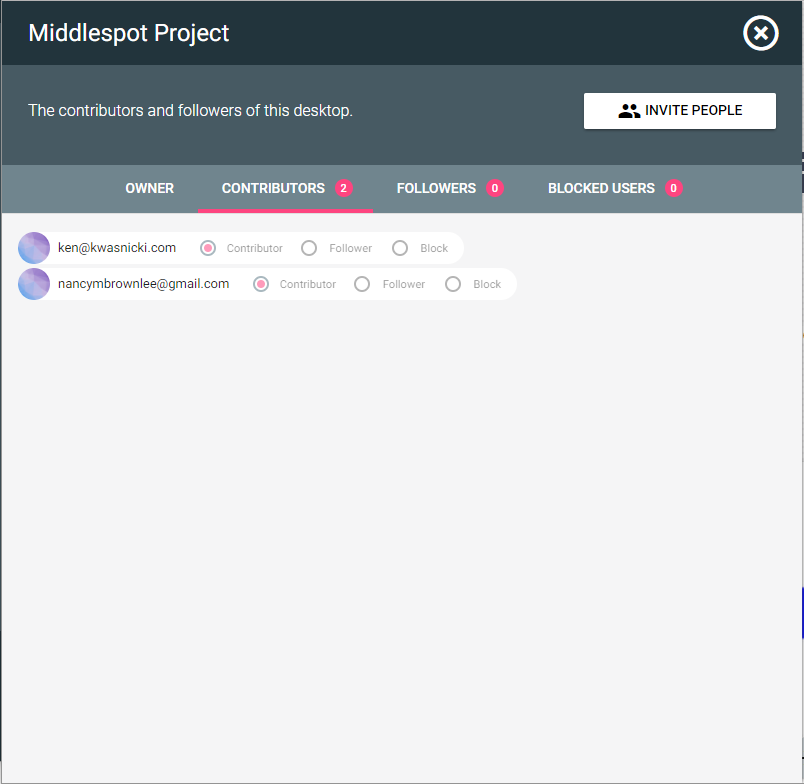 The desktop will now show up in the person's DESKTOPS folder under Contributing tab. 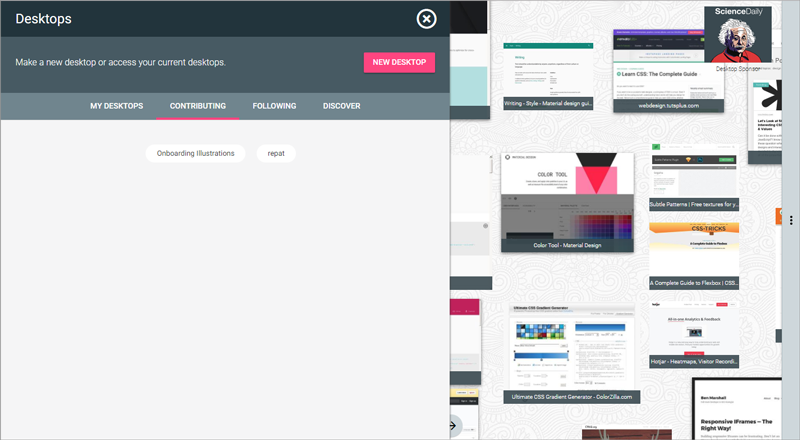 They will receive updates when changes are made on the desktop.